Editor’s Note: This article will be updated as and when university personnel respond to questions regarding the slate’s platform points.

With the Student Government Association (SGA) elections underway, The Daily News sat down with the four members of the Aureum slate to discuss their platform points.

Yes = This can be completed/implemented in one year.

Probably = This can be completed/implemented in one year, given some obstacles and/or some current uncertainties.

Maybe = This can be completed/implemented in one year, but there are still questions, unseen obstacles and/or some current uncertainties.

Unlikely = This likely can’t be completed/implemented in one year due to obstacles and/or some current uncertainties.

No = This can’t be completed/implemented in one year.

Unknown = It is unknown if this can be completed/implemented in one year.

The following is a list of the slate’s platform points, accompanied with information we gathered from Ball State faculty and personnel and the feasibility of the platform points.

What they said: The slate members hope to create a scholarship fund for students from the LGBTQ+ community through grants provided by LBGTQ+ organizations like Pride Foundation and Stonewall Community Foundation, said Dylan Lewandowski, Aureum’s vice presidential candidate.

The slate has allotted $250 in its proposed budget for this platform point in order to advertise the scholarship.

What we found: Bevelle said she reached out to Stephanie Bollard, pride project lead with the Pride Foundation’s grants and scholarships review committee.

Bollard said in an email that while SGA appears to meet requirements similar to communities previously funded by the Pride Foundation, it does not guarantee that SGA will receive funding.

“The Pride Foundation has funded several high school and university LGBTQ+ specific programs in the past, however we have not funded a university outside of our regions up to date,” Bollard said. “If Ball State SGA is not eligible for funding, we will refer Miryam Bevelle to foundations that are offering grants within Ball State SGA's region.”

Bollard said the process of determining SGA’s eligibility for funding will take more time to complete and consider because Ball State’s SGA is not within the foundation’s typical Northwest U.S. region.

What they said: Through this platform point, Bevelle said, she and her slate members want to expand the number of events and activities for which students are awarded achievements, or “Bennies,” through the university’s Achievements App.

As SGA senators, she said she and Lewandowski have been considering awarding points to students for subscribing to the university’s emergency alert system.

The slate has not allocated any funds in its proposed budget for this platform point.

Bevelle said they hope to increase the number of SGA-related events that award points to students and possibly events of other organizations.

What we found: Reinke said in an email, this method of awarding points would use a manual achievement process — a manual upload of a .CSV file containing the student IDs of those who have signed up.

While this is “the most crude and labor-intensive method of awarding achievements,” he said it’s “extremely flexible.”

Reinke said SGA as well as any on-campus group or area may request their events or programs be added to the Achievements App. He confirmed that currently there is one SGA-related achievement for joining the organization.

What they said: Bevelle said her slate members hope to persuade university administration to implement the parking app in a few paid parking spaces on campus.

Hugo Madrigal, Aureum’s treasurer candidate, said Ball State using the app would help students avoid the risk of receiving a parking violation while they are in class.

The slate has not allocated any funds in its proposed budget for this platform point.

What we found: According to the Passport Parking App, which allows users to pay for parking through their phones, there are two pay-by-app parking locations in the Village and near Ball State.

The app is operated by the City of Muncie and not used by the Ball State’s Parking Services, said Nick Capozzoli, manager of the university's parking services.

Capozzoli said at this time, there is no plan to implement a parking app for the pay stations on Ball State’s campus.

What they said: Aureum slate members want to hold this monthly event to provide students with more vegetarian and vegan dining options as well as educational resources about the lifestyle.

Similar to SGA’s Dining in the Dark, an energy-conservation event which takes place two to three times a year, they hope to hold the event at the Retreat dining location in Noyer Centre.

Bevelle said the plan is for SGA to not fund food and drink, but fund activities during the event, just as it does with Dining in the Dark. The slate has allocated $500 for funding these activities.

What we found: Every Monday, Dining offers a meatless special at Tom John Food Shop, to give customers the opportunity to select from the meatless special for that day, said Karen Adkins, director of dining services and dining initiatives.

While she hasn’t specifically spoken with anyone about Meatless Monday events for next year, Adkins said Dining representatives met with Bowman and Madrigal last semester to talk about the programs, events and menus that Dining offers.

She said Dining does not see the Dinner in the Dark structure being the same as a Meatless Monday structure. If the SGA-suggested event does take place, she said it would be offered as a promotional event and not something held every Monday.

Adkins said Dining has not committed a specific location or program for the Meatless Mondays event.

What they said: Through this point, slate members will establish a student-led community garden behind the L.A. Pittenger Student Center, which will be open to the community to grow their own fruits and vegetables, Madrigal said.

Madrigal said similar ideas of a community garden have failed in the past, and organizations that pursued the idea are no longer existent. Doing it through SGA, he said, will ensure the establishment and success of the garden because the organization will not cease to exist.

What we found: Jim Lowe, associate vice president for facilities planning and management, said the community garden has been a discussion for many years.

He said the university has and would support this initiative, but past attempts by student organizations to sustain a garden plot have not been successful.

Bowman said she and the slate members have already spoken with Karen Adkins, director of dining services and dining initiatives and Juli Hopwood, associate vice president of business and auxiliary services, about pursuing a trial run for a compost pit collection site at Woodworth.

She said they are now in conversation with Lowe and that he wants them to do more research about the compost pit and figure out what type of bins would go along with this pit.

Bevelle said they hope to get facilities and planning management to help them out with managing the compost pit and community garden.

What we found: Lowe said the university does compost materials at its Health Farm location north of McGalliard Road.

He said the university would entertain ideas regarding how students can voluntarily support this effort.

What they said: Bevelle said she and her slate members wish to hold a festival in the Quad that is environmentally friendly. She said the event will include food trucks as well. They have allocated $5,000 from their proposed budget for this event.

What they said: Under this platform point, Bevelle said, she and her slate members wish to advertise Ball State’s disability bus services.

Bevelle said they wish to work with Bruce Piner, supervisor of bus operations, to make sure that any changes to the disability bus system Ball State uses relies heavily on student input. The slate members have allocated $250 for this platform point in order to advertise the bus service.

What we found: According to Ball State’s website, a lift-equipped campus shuttle called the Demand Response Bus, runs from Monday through Friday during the regular academic year for those with mobility impairments.

Users of this service should call the transportation office to request a pick up. The bus does not run an established route and will take people to where they need to go on campus.

The Daily News is awaiting a response from Piner regarding this platform point.

What they said: Bevelle said she and her slate members will follow the progress of an SGA resolution calling for sanitary dispensaries in all restrooms on campus irrespective of gender.

Along with that, she said they also plan on speaking with Lowe about having menstrual products and dispensers in all male restrooms in academic buildings on campus.

The slate members have not allocated SGA money in their proposed budget for this platform point.

What we found: Lowe said the university addressed restroom hygiene or sanitary napkin bins several months ago through a request from Spectrum.

What they said: Bevelle said she and her slate members are interested in Implementing a mental health resources module similar to the “Think About It” module.

Through this platform point, Aureum slate members want a module that focuses more on mental health, or storylines that are directly incorporated into the current “Think About It” module.

What we found: According to Ball State’s website, “Think About It” is an online harm-reduction course which new Ball State students have to complete. It focuses on essential themes of alcohol, drug use, sexual assault, and bystander interventions.

William Betts, director of counseling and health services, said Ball State provides students with education about mental health resources in a variety of ways, but he would need to know more about the specifics of such a module before he can comment on it.

What they said: Through this platform point, Bevelle said she and her slate wish to make sure SGA is working with the university to promote the the university’s resources sexual assault prevention resources.

She said they’d like to assist Betts promoting the Counseling Center’s WellTrack program — an online self-help program specifically designed for help with stress, anxiety, and depression.

Additionally, she said they hope to have a recurring mental health event every year. The slate has allocated $1,000 for this platform point.

What we found: Betts said he would want to speak with SGA representatives more in-depth before committing to any specific course of action.

However, he said the Counseling Center is always willing to partner with SGA and looks forward to a discussion with SGA representatives to talk about specific ways SGA and center can work together.

What they said: Through this platform point, Bowman said she and her slate members want to advocate for vegetarian, vegan, gluten-free and other types of food for students with dietary restrictions, particularly when the new North Dining facility opens.

She said they wanted to have students speak comfortably with SGA about their concerns with Ball State’s Dining options, and then be their voice with Dining.

The slate has assigned no cost for this platform point, and the slate members want to ensure that students’ dietary restrictions are accurately addressed by Ball State Dining.

What we found: The Daily News is awaiting a response from Karen Adkins, director of dining services and dining initiatives, regarding this platform point.

Charles Melton and John Lynch contributed to this story. 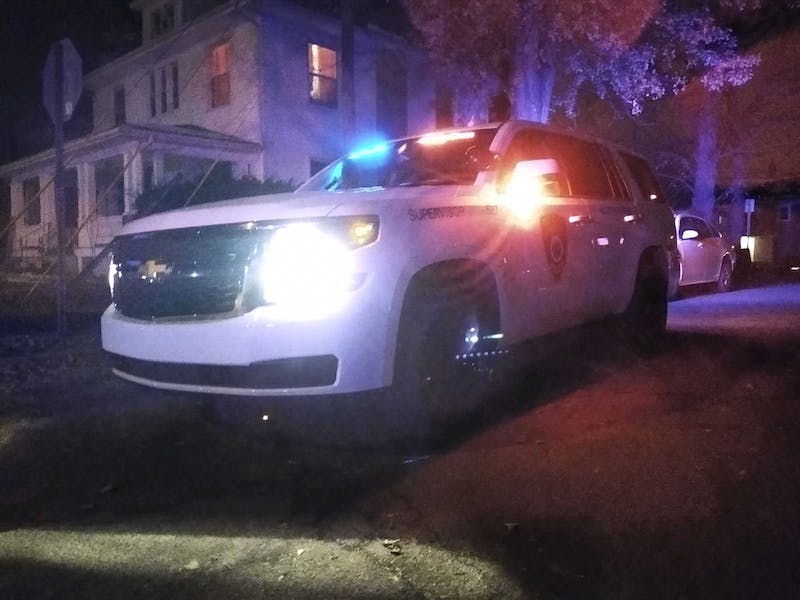 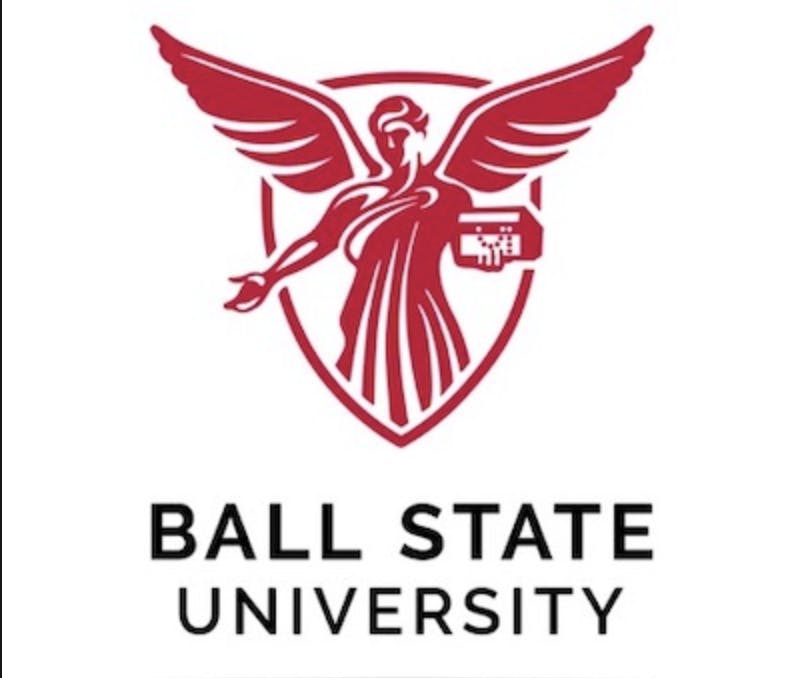