Mohammad Saber Bahrami, husband of Bibi Bahrami, president of the Islamic Center and a doctor by profession, preforms surgery on a woman in Afghanistan. Muncie community members share their experiences in working in Afghanistan and what the future may hold for the  country. Bibi Bahrami, Photo Provided

During one of Ken Holland’s first visits to Afghanistan, his driver offered to take him to see a “historical [sic] site.”

He drove Holland, president emeritus of the American University of Afghanistan and former executive director of the Center for International Development at Ball State, to a British cemetery near Kabul, Afghanistan. There, the bodies of British soldiers who fought in the Anglo-Afghan wars of the 19th century were laid to rest.

“This is what happens to those who try to conquer Afghanistan,” his driver told him.

The former Soviet Union, Great Britain and America have all tried to control Afghanistan but failed, Holland said.

“This is the rhetoric of the Taliban and other terrorist groups,” he said. “They always describe Americans as invaders.”

Eighteen years after the deadly attacks of 9/11 and the subsequent U.S. military involvement in Afghanistan, Iraq and other parts of the Middle East, professionals who’ve previously had an association with the countries shared their thoughts on the region, specifically Afghanistan, and its future.

Holland said he began traveling to Afghanistan in 2006 and worked closely with the U.S. government on matters concerning that country. From 2009-14, he served as the senior civilian rule-of-law adviser to the NATO mission.

Like Holland, Lt. Col. Mark South, professor of military science, also has extensive knowledge of the Middle East. South served with the U.S. military in Mosul, Iraq in 2008 and Tarinkot, Afghanistan in 2012

South worked securing access control to the base in Iraq, screening civilians who came to work at the base and giving them appropriate credentials to do so.

“I was well received. Everyone wanted to be my friend,” South said. “My impression was that, generally speaking, as long as we didn’t mistreat the Iraqi people, they [were] OK with us.”

Afghanistan, he said, was similar in that respect, but the country itself was “wildly different” from Iraq, particularly due to the presence of warring ethnic groups with age-old rivalries, the existence of a “very informal” courts and governance system and high illiteracy among its population.

“Most people who do all the reading are the Imams (INSERT WHAT THIS IS) because they have to,” South said, adding most officials and administrators were Imams for the same reason. “There’s not that separation of church and state that you get over here, and they just do business differently.”

South believes the U.S. almost “helped create this problem” in Afghanistan in the 1980s by training the Afghans who fought against the Soviets.

“One of the problems [in Afghanistan] is they’ve been at war for 40, 50 years. We’re just another 18-year period in a long line of conflict,” he said. “Post traumatic stress disorder is a thing for Afghan civilians. Nobody should have to live like that.”

Holland said Americans today are “much less willing” to militarily support a foreign intervention and are “cynical” about its capacity to make a difference in countries that have deep-seated political and social problems. This, he said, was in part due to the lives lost and the amount of money spent during the two wars in Iraq and Afghanistan.

“I think the majority of Americans believe that the invasion of the two countries was a mistake, and that the outcome of the U.S. intervention was not what we had been led to believe,” he said, giving the example of the rise of ISIS in Iraq, and Afghanistan being “in constant warfare,” and the Taliban being “even stronger today than they were back then.”

While acknowledging that the U.S. military was capable of defeating any armed group in a battle, Holland said the problem arises when dealing with “a failed state,” or one that was “destroyed in an invasion.”

“When you have that situation on your hands, we don't have the patience, you know, to actually rebuild a country,” he said. “In fact, 18 years is a short period of time when it comes to building a country from scratch, which is what we've had to do in Afghanistan.”

Holland said Afghans he has spoken to have no confidence in their own government and “realize that their survival depends on the United States,” without which there might be a civil war in Afghanistan.

With 2.7 million refugees, Afghanistan is second only to Syria as one of the largest sources of refugees in the world, according to World Bank data.

“Most Afghans want to leave the country because they’re so afraid of what’s going to happen,” Holland said.

He also said President Donald Trump might have changed the attitude of many Americans toward Muslims through his statements and policies — the travel ban on selected countries being one such example.

“I think that really, his attitude permeates the U.S. government and affected the attitudes of many middle-class Americans that somehow Muslims can’t be trusted,” Holland said.

Apart from those issues, over his years in Afghanistan, Holland has seen “great progress” and “significant changes.”

One important change he said was the education of girls and women, with them being able to attend schools and universities since 2002 — something females were not allowed to do during the Taliban rule.

He said thousands of women have graduated from high schools and universities, going on to start their own businesses or work for the government or private companies.

“They really have changed the whole social fabric of Afghanistan,” Holland said.

Another change, he said, was the attitude of young people.

“We now have a new generation of men and women, and they do not have any sympathy whatsoever for Islamic fundamentalism, or for the Taliban in particular, or any extremist group,” Holland said.

However, he said he found many of his students in Afghianstan “ashamed” of being Muslim and Afghan. They’d tell him that everyone believed Afghanistan to be a “failed state” and a “haven” for terrorism.

So, Holland made it a goal during his time as president of the American University of Afghanistan to “help instill pride” in his students.

South, too, said he was left with positive impressions during his time in the Middle East. He said he met “some incredible people,” and he sees the world “a lot differently.”

“The vast difference in perspectives — it was eye-opening,” he said.

One thing South said he found interesting during his time in Iraq was its culture and “the sense of time,” giving examples of Mosul, which was built on the ruins of Nineveh where the grave of Prophet Jonah is situated in the middle of the city, and the ruins of Babel situated outside Baghdad.

“Things that you learn about in Sunday school … there’s a real place,” he said. “It’s not just a picture in a book.”

Despite positive feelings toward Afghanistan and Iraq, both men understand that the future for the two countries is anything but well defined at this point.

South said he advises new recruits being deployed in foreign countries like Afghanistan and Iraq that any place could be considered dangerous.

“You could go out everyday for six months and not get hit, or you can go out once in nine months and get hit. It just depends,” he said. “Be aware that the danger is out there and don’t rely on your training, rely on the people in your organization to stay safe.”

Since shortly after the 9/11 attacks, the U. S. military has had 14,000 troops engaged in Afghanistan, fighting alongside the Afghan National Defense and Security Forces to help “maintain military pressure on the Taliban,” according to the U.S. Department of State.

Bibi Bahrami, president of the Islamic Center of Muncie, who left the then-Soviet-controlled Afghanistan for the United States, said some good did come out of 9/11 for Muncie’s Muslim and non-Muslim communities.

In the aftermath of 9/11, Bahrami said she and other members of the city’s Muslim community began reaching out to schools, organizations and other religious institutions condemning the attacks. They also held many speeches and interfaith dinners in the community.

But, for Bahrami, the future of Afghanistan does not look good, due to the unfortunate events she has heard coming from the country recently — something she cannot accept.

She said there is more fear today in Afghanistan about bombings and killings, something she said happens “more than ever” today than in the country’s history.

Bahrami said she personally avoids watching or reading news about Afghanistan these days because it mentally and physically affects her.

“I am scared for the future of Afghanistan and even the United States, or overall for the human race, I am very scared for them,” she said. “I just wish and pray … that we go back to our origin, and be fair and just to each other, and united, then we will be able to bring some kind of understanding and peace among us wherever we are.”

For his part, Holland said the future of Afghanistan is in the hands of three countries — Russia, China and the United States.

“Here you have these three great international powers, and if they agree among themselves that Afghanistan will be peaceful, then they can actually make it happen,” Holland said. “Rich countries, democratic countries … they can all make a huge difference in a place like Afghanistan as long as they have a commitment to make a difference.” 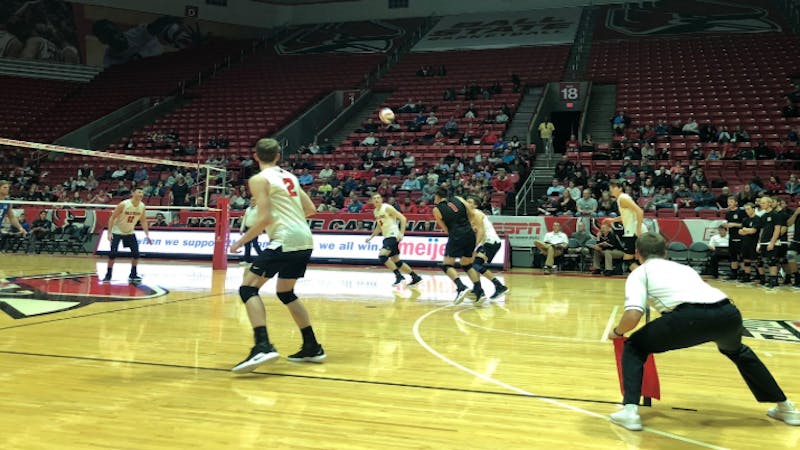 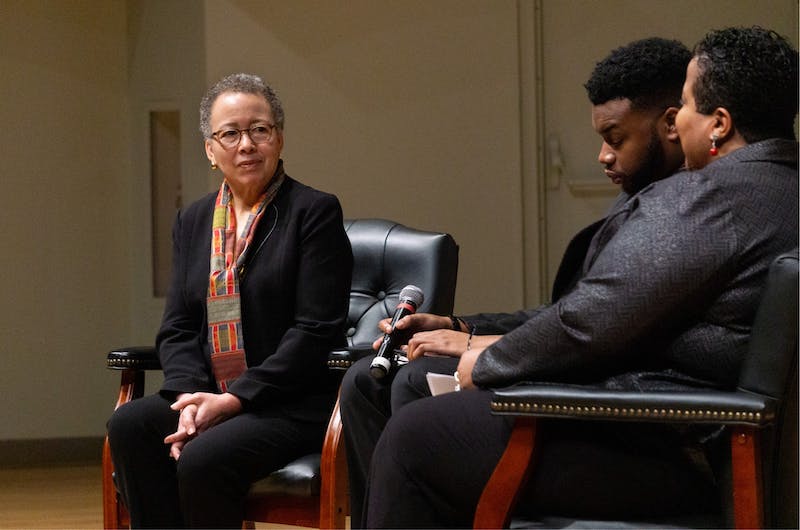