Over the course of her career in the judiciary system, Judge Sarah Evans Barker has worked to humanize the courts and has become a face for the Southern District of Indiana and the judiciary as a whole.

With her five year anniversary as a senior judge coming up, Barker said it is part of her job, as well as her goal, to reach out into the community even more.

“Most people in Indiana will know the name Judge Judy, and then Judge Barker will be a close second,” said Judge Debrah McVicker Lynch, whose hometown is Muncie, Indiana. “She really tries to put a face on the judicial system. She is so personable. She is always speaking to the public in some form, whether it be at events or just giving advice to young lawyers or young members of the community. She is just a huge figure in Indiana.”

With her degree, Barker got her first job as a legislative assistant to Senator Charles H. Percy and Congressman Gilbert Gude in Washington, D.C. She was also on the special counsel to the Senate Government Operations Subcommittee. All of these experiences led Barker to Indiana.

“When I applied to be an assistant U.S. Attorney, it was my first job as a lawyer in Indiana. I applied for the job without knowing anything about the office because I hadn’t been practicing here, and I wasn’t really familiar with the bar or anything.”

Barker said she was hired for the job right after she got back from her honeymoon with her husband.

“They had the press there and cameras because I was the first woman,” Barker said. “I was just shocked they were televising me. Getting that position was bigger than just becoming a judge.”

As the only woman in the office, Barker said those around her would often slip up, and “they would say, ‘Yes, sir’ and then correct themselves.”

Because of her dedication and drive to push through “the glass ceiling,” Barker influenced the other women coming into the field behind her.

Lynch, who served as a law clerk for Barker from 1986-88, said Barker largely influenced her as a young judge.

“When I graduated from law school, it was imprinted in the brains of women that in order to succeed, we needed to be like the male lawyers,” Lynch said. “When I got to know Judge Barker in the mid 80s, she didn’t fit that mold. She didn’t dress like them. She didn’t avoid talking about her kids and her life. She had such a big influence on me for that.”

Although Lynch said she watched Barker help begin breaking down the walls of the field of law, she does not think discrimination is necessarily gone.

“I don’t think all of the impediments that our society in general or the legal community has in front of women have really gone away,” Lynch said. “There are issues in law firms about compensation and also as established lawyers retire, they transition their clients to other lawyers. Most of the lawyers retiring are still male lawyers, and they are passing their clients on to mostly male lawyers.”

Right now, Lynch said the Southern District of Indiana is in the top four busiest districts in the country, and even though Barker assumed senior status five years ago, she has not slowed down.

“Judge Barker is so dedicated,” Lynch said. “After 35 years, she has continued to work and carry her heavy load because she wants to help our court. She deserves so much credit for that.”

“When I was still a young lawyer, my second jury trial was in Judge Barker’s court,” Cooley said. “As Judge Barker was asking me some tough questions, the partner at my firm jumped up and answered for me. She then looked at him and asked, ‘Who is arguing these? You or her?’

“What I took away from that (whether it was the actual reason or not) is that I was satisfactorily arguing the motions and responding to her questions. It provided me with a significant confidence boost early in my practice.”

While others, like Lynch and Cooley, consider Barker an inspiration, Barker said she’s just doing her job.

“There were such a small number of women lawyers when I was first hired in Indiana,” Barker said. “We really tried to uplift each other. We made it critical to meet each other and to know each other.

“Today, I mentor a lot of young women, and I try to make myself very available for council and advice, but I would never consider myself inspiring. It is my responsibility to open doors and test the waters.”

The effect of COVID-19 on the Muncie DIY scene 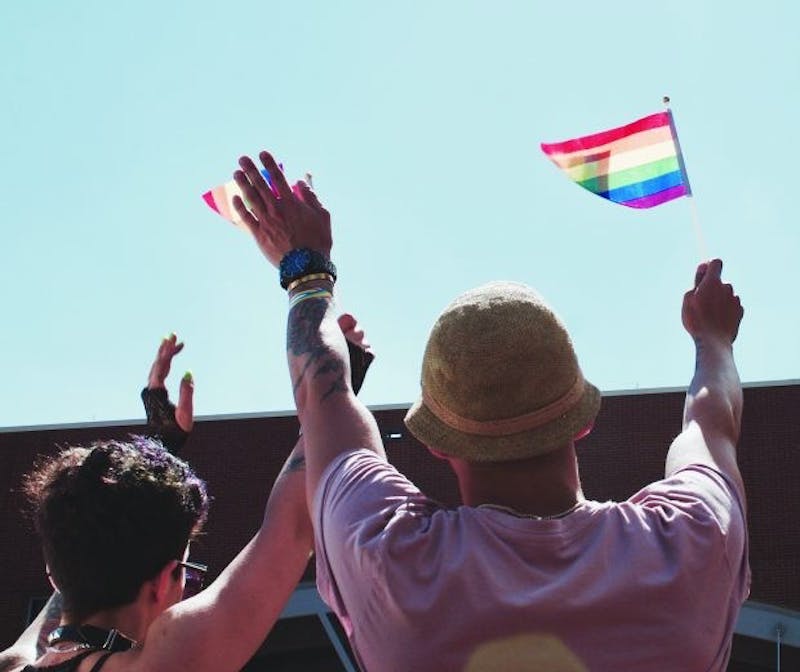