The Beneficence Pledge: A Cardinal promise

All members of the Cardinal family, whether student, faculty or staff, adhere to a code that pledges to act in a socially responsible way and value the intrinsic worth of every member of the community — the Beneficence Pledge.

Talk of a campus-wide pledge began in 2006 when the Student Rights, Ethics and Standards Committee of University Senate wrote the pledge and brought it to the Student Government Association (SGA) floor.

“The pledge is a positive statement to embrace and endorse our commitment to this institution,” David Fried, then-director of the Student Rights and Community Standards Office said in the Oct. 12, 2006, edition of The Daily News.

The pledge was shaped after universities like Duke and Vanderbilt, who already had pledges in place.

On Oct. 11, 2006, SGA voted in support of the Beneficence Pledge and “urged Ball State University staff, faculty and the administration to adopt the pledge as well,” according to the Nov. 12, 2006, edition of The Daily News.

The pledge was passed with 43 senators in favor, 12 opposing and three abstentions. It was then passed by University Senate, who brought the bill to the Board of Trustees.

“This pledge means nothing, but it means everything,” said then-Senate member Ethan White. “It’s something we all should support.”

The pledge was officially adopted by the Board of Trustees during its Feb. 21, 2008, meeting, according to Board minutes.

According to the minutes, Gary Crawley, then-chairperson of the pledge task force, said the task force felt it was necessary to have a campus-wide positive statement.

"Members of the Ball State Community...

pledge to maintain high standards of scholarship and excellence

To work with students, faculty, and staff to strengthen teaching and learning on campus.

To model and uphold academic integrity, to honor their peers and earn the trust and respect from all members of the community.

pledge to  act in a socially responsible way

To treat each person in the Ball State community with civility, courtesy, compassion, and dignity; to respect the property and environment of the campus.

To respect and learn from differences in people, ideas, and opinions." 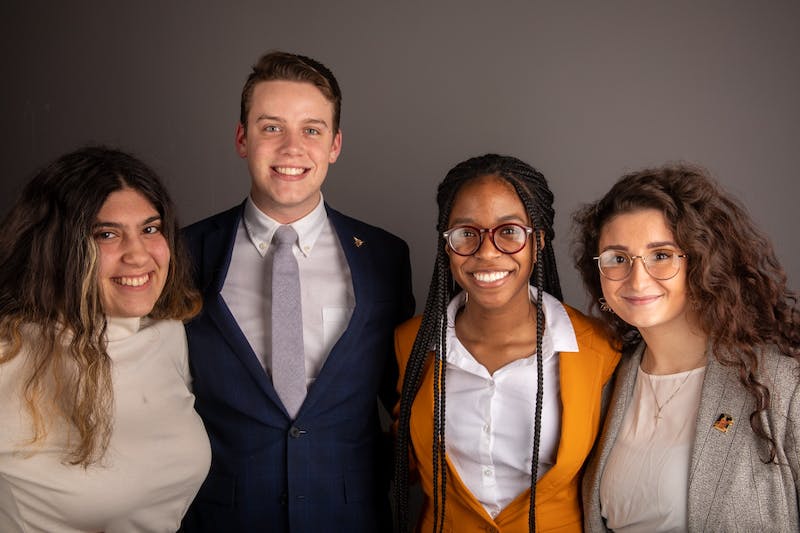