Redshirt junior offensive lineman Danny Pinter stands in line to do a drill at practice Monday, Aug. 27, 2018 at Scheumann Stadium. In 2017 Pinter had a season-ending injury in the game against Central Michigan. Rebecca Slezak,DN

Danny Pinter gained 27 pounds in 23 days last winter, not because he was making a sequel to “Super Size Me,” but because it was confirmed he would be changing his position from tight end to offensive line.

“He went home for winter break, and he came back and he was already at 292 pounds,” said Ball State head coach Mike Neu. “Danny is one of those guys that pays such close attention to his body and taking care of it. I felt Danny was kind of starving himself to stay at that 265-pound weight.”

According to Neu, 265 pounds is the team’s weight limit to carry the football. With the 6-foot-4-inch redshirt junior constantly flirting with going over that number, Neu said a position change may have been in the team’s best interest to keep him on the field.

Pinter said resisting late-night snacking was one of the toughest challenges to keeping his weight down. Now that he doesn’t have to worry as much about his weight, Pinter says he has enjoyed eating what he wants.

“When I put the weight on, I didn’t want to go crazy and put it on sloppy,” Pinter said. “It’s definitely nice with three years not really being able to eat like that.”

“Many sports require rapid body weight fluctuations, and usually these weight changes call for extreme dietary adjustments,” Pike said. “The impact on health will come down to how the weight was gained.”

Pike said eating processed foods and others high in fat to put on extra weight is not the way to go. Rather, athletes should stick to loading up on calories along with plenty of nutrients. Pinter took the latter.

Pinter said Ben Armer, the team’s strength and conditioning coach, put him on a diet of 5,100 calories a day, eating a good deal of eggs, chicken, rice and other foods of that nature.

Pinter’s mom might be the most excited about his switch to O-line. She, according to Ball State offensive line coach Kyle DeVan, was eager to serve her son seconds at the team banquet. Pinter said a weight is off his mom’s shoulders now that she doesn’t have to worry about what to feed him.

“She was one of the first people I called,” Pinter said. “It’s nice to go home and have some home-cooked meals, and she can cook whatever she wants.”

Having done his fair share of blocking at tight end, Neu said the transition hasn’t been a difficult one. He added that Pinter’s cooperation and attitude toward the switch have been positive.

“Danny Pinter is as rock solid as you could ask out of a young man from a character standpoint, work ethic standpoint—represents everything you want out of a student-athlete,” said Neu.

DeVan said Pinter has developed into a leader among the Cardinal offensive linemen, and he’s always looking for ways to get better, never making the same mistake twice.

“When he came into spring ball, the one thing I truly admired about the kid is he comes to work every day and works his butt off,” DeVan said. “It’s been fun to really watch him grow as an offensive lineman. That’s probably been the most special thing.”

Pinter said he’s been taking it day by day, making O-line feel more natural while he waits for his first game action in 10 months.

Now and again, Pinter says he reminisces of making big plays and scoring touchdowns, but he’s content with protecting his quarterback if it helps the team.

Neu said Pinter’s pass-catching days might not be over, as he hinted at the possibility of slipping him in for an occasional tackle-eligible play to grab a pass. 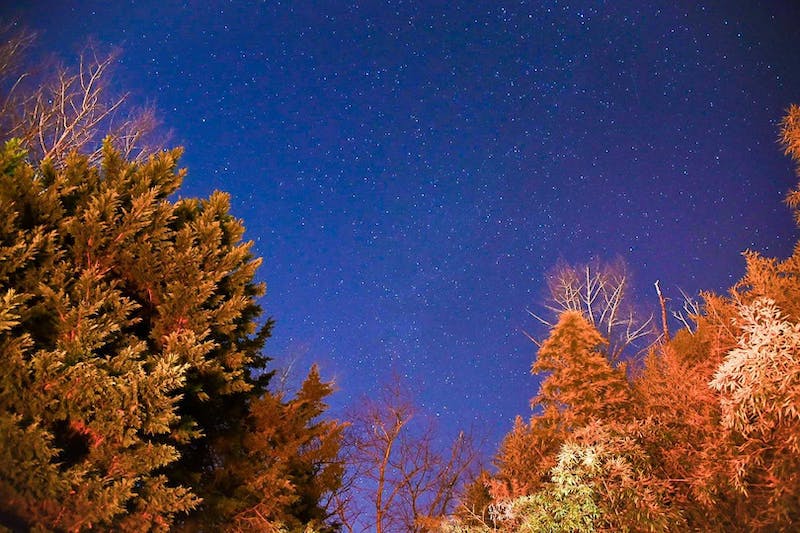 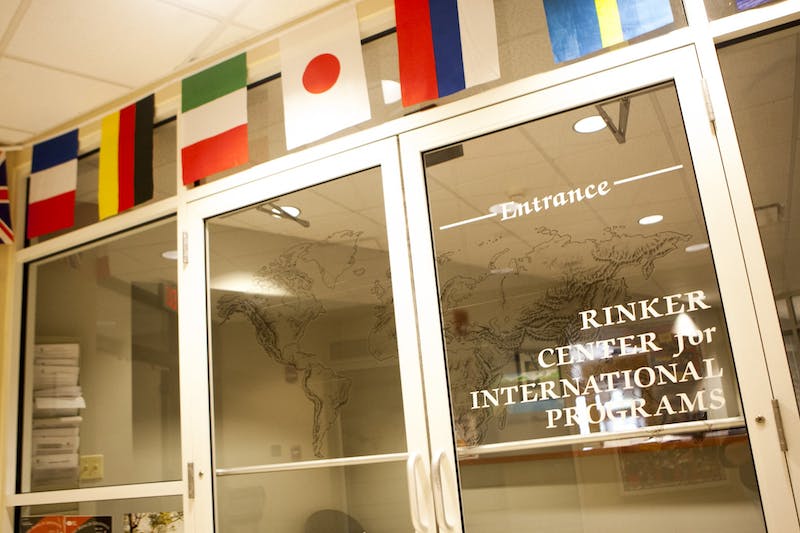