Muncie Central Wind Ensemble plays musical sets during the 2019 Band-O-Rama May 14, 2019, at Southside Middle School. The event had bands from five different schools within the MCS. Megan Boeck, DN

Editor's Note: This story is part of The Partnership Project, a series of content written in an effort by The Daily News to follow the formal collaboration of Ball State University and Muncie Community Schools. Read more in this series here.

For some students at Muncie Community Schools (MCS) the end of spring is marked by an evening of celebration and appreciation of students’ musical talents.

Students from five different bands within MCS gathered Tuesday in the gym of Southside Middle School along with their instructors, friends and families at Band-O-Rama, the annual showcase of the work of all levels in the band program.

“Music programs are important because it can help kids like me find their purpose,” said sophomore band performer Sydney Smith. “It gives other people a reason to smile and support people and it kind of brings the community together.”

Sydney said she wanted to attend college to pursue a career as a music teacher.

“She loves music and she loves to perform,” said Amber Smith, mother of Sydney Smith, one of the sophomore band performers at the event. “Muncie likes the arts and I think that this event is a big part of it.”

Calvin Ochs, who came to support Sydney, said he would “like to see her go in the direction that she is headed.”

“She has such a passion for music and she loves teaching kids how to play music,” Ochs said. “I think events like these open your mind to different ways that music can be played. When they find that passion in music, they can take that wherever they go.”

Student performers ranged from the sixth to the 12th grade and each band was led by a  director experienced in playing one or many instruments for years.

Deborah Mizelle, band director of Northside Middle School, said MCS has been trying to recover after experiencing financial difficulties a few years ago.

“We had a lot of students leave. Their parents moved them out to outlying Delaware County schools. My advance band lost 25 of its top players,” Mizelle said. “We are now back in that building stage … the kids that stayed, stuck it out and have shown that there is talent everywhere.”

Amber Smith said she wanted to see more events like Band-O-Rama happening to get the community to interact more frequently with the work of MCS students.

“As Muncie rebuilds with Ball State’s involvement now, that has been really positive for the music program because the Ball State music faculty is fabulous and they are constantly asking what they can do to help us,” Mizelle said.

John Clark, Muncie Central High School band director and Ball State alumnus, said since the partnership between Ball State and MCS the people of Muncie hold a positive outlook for the community and education in the district.

During his speech about the music-related achievements of MCS students, he exclaimed “Muncie is back!”

“Muncie is on the rebound. I think people feel that, and I think that people are proud of Muncie and it’s time that we are proud of our city,” Clark said. 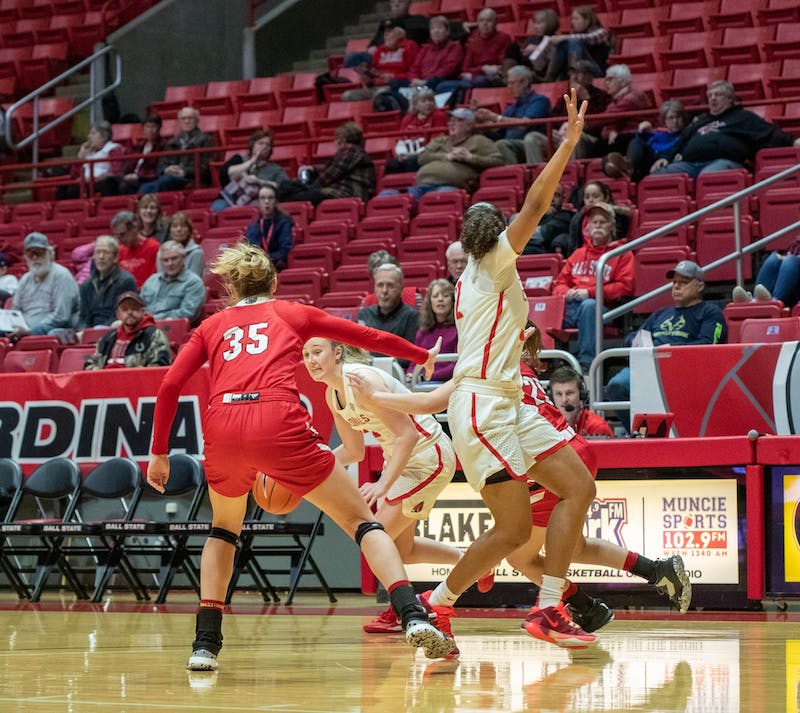