Alumna finds soapy solution through her own handmade soap

Late last summer, Reichanadter opened her “side hustle business,” the Indiana Soap Co., where she makes and sells handmade natural soaps. Since then, she has also expanded her product list to beard oils, body butter and soap for dogs.

“She really latched on to it,” said Perry Reichanadter, Jeri’s husband. “[She] had a passion for it.”

After college, Jeri Reichanadter worked at newspapers for several years before entering the healthcare field as a videographer for Indiana University Health, which she has done for the past eight years.

Soaps from the Indiana Soap Co. can be purchased online, but they are also sold at two retailers including Salon 46140 in Greenfield, Indiana, and Queen Anne's Farmhouse & Flower Shoppe in Greenwood, Indiana. Jeri said she is not actively looking for other retailers, but is still interested in expanding.

Last year, Reichanadter and her husband went to San Diego, California for a vacation, and they bought locally made soap as a souvenir. After using the soap, the couple said they realized how superior the soap was to store-bought soap.

“There really wasn’t any comparison,” Perry Reichanadter said. “I told [Jeri] that I don’t think I’ll go back to store-bought soap.”

They both did their best to find local Indiana handmade soaps that were just as good as the ones from San Diego, but the Reichanadters said they weren’t able to find any.

“Somebody recently said, ‘Hey, do you want to learn how to make soap?' And it had never occurred to me to make soap before,” Jeri Reichanadter said.

After learning how to make soap, Reichanadter realized how much she enjoyed designing and choosing the fragrances of the soap. She also noticed each batch of soap made 10 bars, which was more than enough for her and her husband.

“That led to so much more that I didn’t anticipate,” Perry Reichanadter said.

The overabundance of soap led Jeri Reichanadter to create the Indiana Soap Co., a business that has been “surprisingly successful,” according to Reichanadter.

Soon, Reichanadter was able to perfect her own method, starting by combining oils, liquid and lye — “a strong alkaline liquor rich in potassium carbonate leached from wood ashes and used especially in making soap and for washing,” according to Merriam-Webster dictionary.

Depending on the kind of soap Reichanadter is making, she said she uses a variety of different oils, such as olive oil, coconut oil or palm oil.

For liquid, she usually uses water, but she also uses coffee from a local coffee supplier or the liquid in other bars of soap. Some of Reichanadter’s bars use local honey and different spices like turmeric, paprika, cinnamon and cocoa powder.

To achieve the various colors that appear in some of her bars of soap, Reichanadter uses micas, which are minerals that stain the soap. Charcoal is another element she adds to the soap, which can also change the color and is beneficial for the skin.

From there, Reichanadter said “science happens,” and in four to six weeks, soap is created. She said this long waiting time led her to seek and create products with more “instant gratification,” such as her beard oils and body scrubs, which take significantly less time to make.

Reichanadter said the reception to her soap has been “warm” and “well-received.” She said she thought that business would die down when the holidays ended, but it has still been consistent. She said she attributes the success to word-of-mouth and social media.

“I’m having a hard time keeping some of our soaps in stock,” Reichanadter said.

According to a report from TechSci Research, a research-based management consulting firm, the global organic soap market is projected to hit $206 million by the end of 2022. The report said factors including the concern for harmful chemicals within non-organic soap have contributed to this growth.

Jeri Reichanadter said one of the biggest challenges with operating a business is the work-life balance and worrying about finding those first clients.

Perry Reichanadter said his wife has been able to operate the business effectively because she already had experience with writing, marketing, photography and design from her journalism career. While Reichanadter said he is not as passionate about the business as his wife, he does help by taking photos of the products and packaging orders for shipping.

“If your wife or your husband wants to explore something like this, you’re gonna be involved at a certain level, no matter what,” Reichanadter said.

For those who are looking to start their own businesses, Jeri Reichanadter said they should remember that success won’t come immediately, just stick to it and remain passionate.

“Put your best foot forward every day,” Jeri said. “You can’t produce a poor product and expect to get your customers to come back.”

Why The Haven is the Best Choice for Your Next Place! 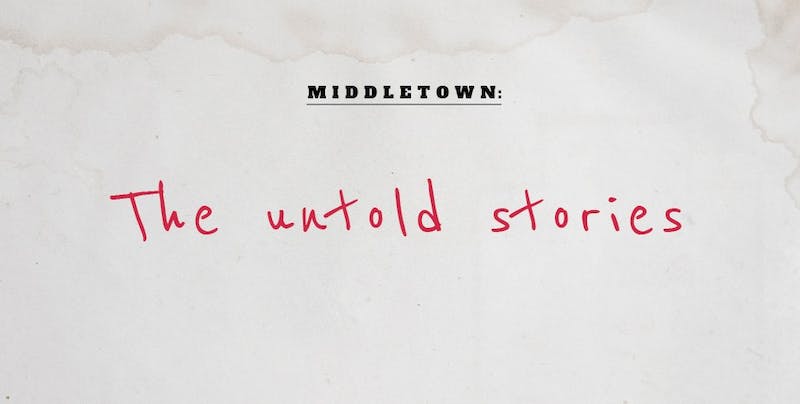