Our rights as student journalists must be protected.

By Editorial Board
College campus' across the nation publish daily and weekly content. Student publications play an important roll in delivering news to communities. Rebecca Slezak,DN

Editor’s Note: This editorial was published as part of Student Press Freedom Day January 30, 2019. To learn more about the movement, visit splc.org/student-press-freedom-day.

Put “student” in front of journalist and nothing changes — we are journalists.

On Student Press Freedom Day, hosted by the Student Press Law Center (SPLC), we reflect on why student press is important and needs to be protected.

Since 1922, first with the introduction of the Easterner and then the evolution to The Daily News, Ball State students have accepted the responsibility and adopted the ethics of journalism. We are watchdogs, gatekeepers and storytellers. We seek to inspire and inform — we stand on the shoulders of those who have gone before us.

Nellie Bly exposed the inhumane treatment experienced by those in mental institutions.

Ida B. Wells brought to light several lynchings to help progress the rights of African Americans before the Civil Rights Movement.

Even today, journalists are working to reveal the darker parts of society for the betterment of its people — like the journalists at The Indianapolis Star who uncovered the sexual misconduct of U.S. Gymnastics physician Larry Nassar, which sparked the acknowledgement of many similar cases.

While we look up to the big names within our profession, our daily work as student journalists is not much different than theirs.

We stay up late and get up early. We send our stories through several rounds of edits and are constantly looking for the next story. We work endlessly to meet the needs of our communities by providing engaging, impactful and accurate content.

In everything we do, we follow the Society of Professional Journalists (SPJ) Code of Ethics, which were created to guide journalists to responsibly, accurately and ethically report the news.

The environment of student media has allowed us to get a head start in our profession. We take what we learn in class and apply it to our work for publications — whether they are student-run or internship-related.

To prepare for possible situations we will face after we graduate, it is necessary we be given all the freedoms a “professional journalist” has.

Without these freedoms, student journalists at Pittsburg High School in Kansas would not have investigated the résumé of their newly-appointed principal, which ultimately led to her resignation.

Without these freedoms, student journalists at Har-Ber High School would not have been able to investigate the legitimacy of five varsity players’ transfers and expose their true motivations.

Student journalists want to be treated equally to our “professional” predecessors. We are all dedicated to truthful storytelling, and that’s what makes us all journalists.

Journalists are accused of manufacturing the stories they report on, having bias and just looking for clicks. Credible sources such as The New York Times, The Washington Post and many others now have to defend their words with more vigilance than ever.

Gannett, Buzzfeed, The Indianapolis Star and HuffPost are just a few of the news sources who have recently experienced layoffs. The need for good journalism is growing, yet there aren’t enough jobs.

Nonetheless, we know the fight journalists face — whether it be against claims of “fake news” or bias — is worth fighting. Giving our audiences the truth will always be our number one priority as journalists.

We keep an eye on the government and act as another agent in the checks and balances system. Journalism is the difference between a state-run news outlet, spewing propaganda produced by government officials and the public being able to use its voice.

Without journalists, the public loses its voice and insight into things beyond the scope of their everyday lives. We as journalists feed an important human need — curiosity. Without us, uninformed and unverified information is what ends up feeding this curiosity.

Freedom in student media is vital to ensure freedom for all journalists and truth-tellers. Our right to publish is so vital to a healthy democracy, it is protected under the United States' Constitution’s First Amendment. We hold our responsibility near and dear to us, as students and as journalists collectively.

There is legislation currently trying to be passed to protect student media; however, not all states have adopted it. “New Voices” is powered in part by students, for students, to ensure our rights as journalists and protect us against censorship. This legislation is essential to our freedom, and we are pushing for its passing.

Student Press Freedom Day exists as a reminder that student media is important and needs protections like “New Voices” to ensure we can continue to provide our audiences with the information they deserve.

We, the people who are training to take the place of the current professionals, are just as important as those who came before us.

Humans vs. Geese: How COVID-19 impacted coexistence with the honkers 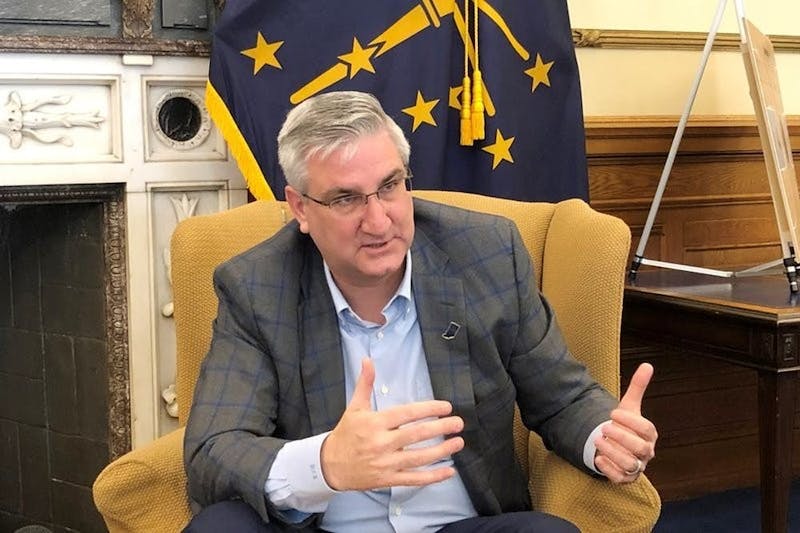