Cleo's has closed in the Village and will be moving to another location, but owner Chris Ellison declined to say where. DN PHOTO BREANNA DAUGHERTY 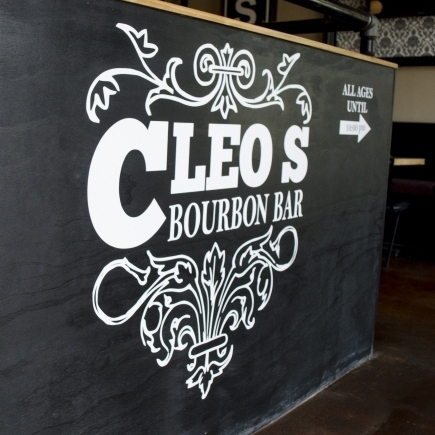 Cleo's has closed in the Village and will be moving to another location, but owner Chris Ellison declined to say where. DN PHOTO BREANNA DAUGHERTY

Ellison wouldn't disclose where the new location will be, but said he chose to move from his five-year occupancy in the Village for “a better location and opportunity.”

Cleo's has had some indecisiveness over the past year. In May, the Daily News reported that Cleo's was planning to move to downtown Muncie, and it's current location would be merged with Sir Nacho's Grill to become Three Amigos.

In August, that decision was revoked, and Ellison decided to stay in the Village and add Cajun and Creole food to the menu, as well as remodel the bar.

Ellison was not able to be reached for further comment.

Power, wealth and athleticism in the NFL leads to unjust privileges

Local artist Justin Patten and his wife Rachel have gone all in on their business, ‘Storm Striker Art’