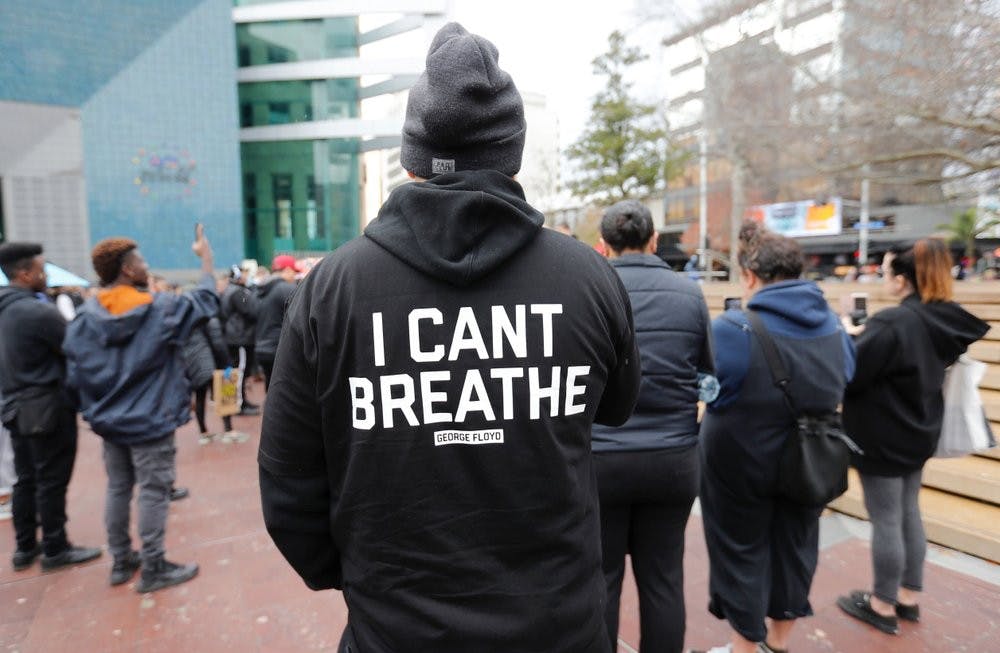 A demonstrator stands during a march in central Auckland, New Zealand, June 1, 2020, to protest the death of United States' George Floyd, a black man who died in police custody in Minneapolis on May 25. Floyd, who after a white police officer who is now charged with murder, Derek Chauvin, pressed his knee into Floyd's neck for several minutes even after he stopped moving and pleading for air. (Dean Purcell/New Zealand Herald via AP) 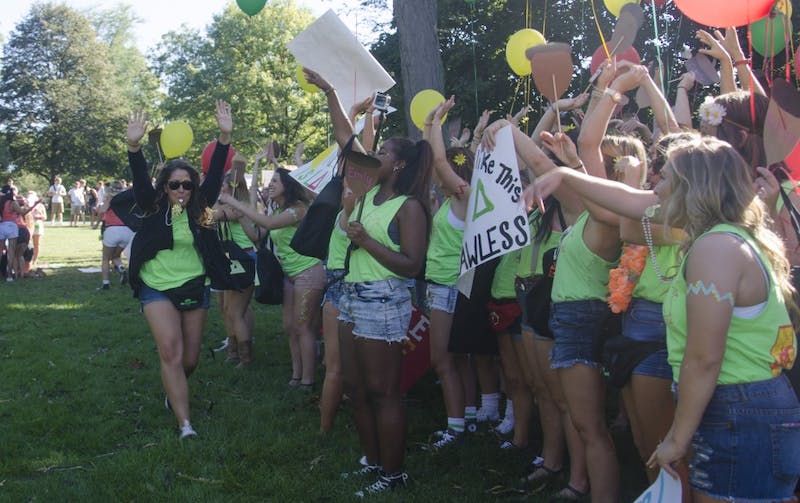