By Brooke Kemp and Jake Helmen

Lee Ann Kwiatkowski, director of public education and CEO of Muncie Community Schools (MCS), speaks with the Student Advisory Board Jan. 22, 2020, at Muncie Central High School. Kwiatkowski said she makes a point to speak with a variety of stakeholders throughout MCS and the Muncie community to make sure she is serving the schools in every way she can. Jake Helmen, DN

“Help me understand that more.”

Five simple words that reveal the character of the person making the request.

Genuine vulnerability, leadership, humility and confidence are conveyed to those on the receiving end.

With a warm smile and a handshake, she invites visitors to take a seat at a large table in her office. She places herself directly across from them to hear their ideas, concerns and perspectives — talking to them from behind her desk is too impersonal for her.

She often expresses her desire to do more to help Muncie Community Schools (MCS), and before a visitor leaves, she makes sure to check on them — “How are you doing? Is everything going OK?”

Throughout her life, and especially as the new director of public education and CEO of MCS, Kwiatkowski said, she has always believed in kindness, honesty and excellence, and those values resonate with her team.

“Dr. K brings that wealth of experience to the Muncie community, but also a genuine, caring personality,” said Associate Superintendent Charles Reynolds. “She has just been a blessing to Muncie.”

Whenever her mother shares stories about her childhood, Kwiatkowski said, she is always reminded of the times she would line up her dolls and teach them as if they were in her classroom.

She was born to teach.

She began her career as a teacher, and it wasn’t until she was tapped on the shoulder by an administrator that she considered taking her skills to an administrative and ultimately state level.

While Kwiatkowski said she enjoyed the time she spent working alongside policy makers, building relationships and sharing “what education looks like from my perspective,” she always missed being around students.

After all, when thinking about her favorite part of each position she has held, “it all goes back to student interaction.”

Kwiatkowski remembers teaching elementary school children the importance of safety. As students leapt off the bus, she would remind them to take the final step when rushing to see her.

She delights in every “light-bulb moment” and loves hearing updates from previous students because it means the world to her “just seeing that I impacted them and that they still want to keep me connected in their lives.”

“One reason I wanted to come back from a state level to a district level is because I am able to see the impact on a daily basis with students,” Kwiatkowski said. “I may not have a class of 30 students all day long, but I’m in and out of our schools, and I’m still able to get that fulfillment of knowing that we’re making a difference and changing lives.”

Joining the push for progress

Three years ago, however, Kwiatkowski’s current position was not one MCS and Muncie community members could have imagined.

MCS was declared a distressed unit and placed under emergency management by the state in December 2017 due to years of enrollment decline and financial uncertainty.

Then, in January 2018, House Bill 1315 was introduced, which proposed Ball State University take responsibility for the school corporation.

This responsibility involved a number of changes, including the appointment of a school board without a vote from Muncie community members, as well as the eventual hiring of a new superintendent.

HB 1315 was met with questions and confusion by some Muncie community members and government officials, including Rep. Sue Errington, who said the general assembly was taking away citizens’ right to vote for a school board.

Pat Kennedy, president of the Muncie Teachers Association, said the bill left community members feeling uneasy because it was “very vague as to what it actually meant” and added it suspended some union representation that is required for teachers at other Indiana public schools.

She said issues within the district went beyond loss of funding — there were “massive fundamental issues of relationships within the corporation between the superintendent and teachers.”

However, after seeking legal action, Kennedy said, teachers felt they had “won,” and relationships were moving in the right direction.

Throughout discussions surrounding the bill, as well as current work on creating an innovation plan for the schools, Kennedy has felt unsatisfied with the involvement of the teachers union in making decisions.

“From a union perspective, it really came down to we didn’t have anything in writing that laid out the provisions for the school corporation or teachers,” Kennedy said. “What I see missing, by the union not being recognized as a representative for all teachers, there’s so much institutional knowledge that we have that we are not able to pass on.”

While Kennedy also feels the year it took to hire Kwiatkowski was too long, Kwiatkowski has been “very well accepted into this community as a whole.”

“She appears to be making this her community. She is a very personable person. Of course, she was well known among many of the Muncie teachers because of her long tenure at the [Indiana Department of Education], and she’s very teacher-oriented,” Kennedy said. “She is very teacher friendly. I think she is very committed to children and committed to helping this community and its charge of educating K-12 kids.”

Settling into a new role

In a position she has often described as one of the most exciting in the state — if not the nation — Kwiatkowski said she is able to use her previous experiences to inform her decisions and help work toward the improvement of MCS.

“One area I would say that some of my previous experience has helped me is I really understand the different programming from preschool all the way to careers,” Kwiatkowski said. “I’m able to work with our high schools, knowing different types of career pathways we might want to develop, and it helps me work with our early childhood providers to learn how we need to get more early childhood programs set up.”

Upon his first Google search of Kwiatkowski, Reynolds said, he was impressed. When he met her, however, he was struck by her presence.

“I had a good working knowledge of her technical background, but what that did not show was just how personable, how passionate and how caring she is,” Reynolds said. “You know, her resume speaks for itself, and the wide experiences that she brings to Muncie with her work in urban schools and with state legislatures — all of that translated into an awesome hire for Muncie.”

Throughout his time working in education, Reynolds has learned the most effective administrators are student-centered, which is his and Kwiatkowski’s shared goal that guides them through each decision.

For Kwiatkowski, part of achieving this goal involves physically being in a Muncie Community School as often as possible.

When she does so, she also has an opportunity to interact with principals, like West View Elementary School Principal Eric Ambler, outside of meetings.

“All leaders have different talents that they bring to the table, and Dr. K is no exception,” Ambler said in an email. “She is collaborative, supportive and positive in even the most challenging of times and situations.”

When he first met Kwiatkowski, Ambler said, he “immediately felt that she was vested in our cause and truly cared about moving forward as a team.” He added that she has brought a “‘can do’ attitude, but also a ‘will do together’ mentality.”

“The Board was not going to settle for anything less than exemplary, and they didn’t,” Ambler wrote. “She sees the big picture and has a vision for our district, but she understands that there is a process and change takes time.”

So far, Kwiatkowski said she has not come across any major surprises, but she has made encouraging discoveries — like the individuals she has met within MCS.

“We have incredible principals who care deeply about their schools, and they want good things to happen in their schools, so knowing that I came to a team of good central office leaders was a pleasant surprise because I didn’t know people personally,” she said.

As she works alongside others to improve MCS, she uses data and always questions how changes will positively impact students, faculty and staff.

“I want to make this world a better place,” Kwiatkowski said. “I believe in education. I believe that education is the ticket for students to have a better life, and so with that, that means I care about people, and I want to make their lives better.”

In these changes, however, she also takes time to consider the impact on teachers.

She said she understands a lot is being asked of teachers, and, because of this, she does her best to check in and make sure they are not being overwhelmed by the changes as well.

Before COVID-19, Kwiatkowski and Reynolds would make a point to catch up with one another multiple times a day outside their bi-weekly scheduled meetings.

The key to their relationship is having an open line of communication about day-to-day updates and concerns, Reynolds said, and while they must now create more of a schedule for each interaction, communication has never been more important.

“I do miss having those [in-person] conversations,” Reynolds said. “Everyone has ramped up scheduling of meetings, and we’ve added a bunch of new meetings to what we are doing anyway, so, man, the schedule fills up very quickly.”

As someone deemed an “essential worker” during stay-at-home orders, however, Kwiatkowski still reports to her office each day. Sometimes, she is able to see individuals at a distance as they come in to deal with payroll information and technology aid and prepare for the delivery of meals and education packets.

“We have just tried to make the best decisions that we can for the students we serve,” Kwiatkowski said. “There is not a playbook for this, so there is a lot of weight to this.”

Setting goals for the future

Regardless of the limitations put in place to stop the spread of COVID-19, Kwiatkowski said she finds her reason to continue pushing forward at “110 percent” each day in the interactions she has with community members, administrators, teachers and students.

There is no such thing as a “typical day,” but she almost always has at least one meeting.

Some days, Kwiatkowski’s schedule is consumed by meetings from 7 a.m. to 9 p.m., but these encounters go beyond “just meeting to meet” — they are vital to “figuring out ways that we can leverage what [different organizations and community members] have to offer to impact student learning and fulfilling her role as a servant leader.

“I am here to serve and to serve means you are checking in,” Kwiatkowski said. “I want to help people grow and get better, and the way to do that is by checking in. So, I’m not just telling people what they need to do — I am right alongside them. We are trying to move forward and make this a world-premier district, and in order to do that, we are pushing to improve, but I am right with them hand in hand.”

And while she sometimes gets tired — often on Sundays when she and her husband discuss all the things they want to pack into the day — she is constantly re-energized by the promise of the future.

“I’m committed to do that, and I’m here for the long haul.” 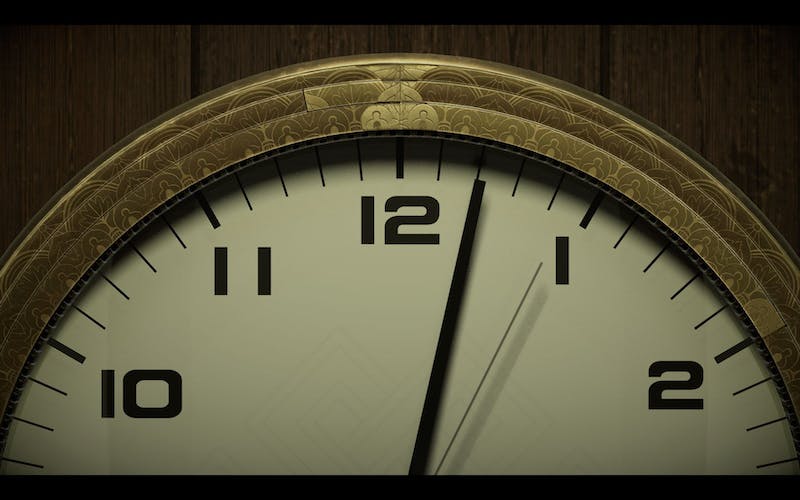