Muncie Central High School Social Studies Teacher Drew Shermeta and senior Matt Lloyd show off the technology Shermeta was able to buy for students due to a grant from The Community Foundation of Muncie and Delaware County Inc. Brooke Kemp, DN

When Muncie Central High School senior Matt Lloyd was 12 years old, he considered himself the “weird kid” who would rather sit in his room listening to the radio instead of watching television.

It wasn’t until he took Drew Shermeta’s blended economics class, however, that Lloyd considered using his interest to aid him in his learning.

Started by principal Chris Walker, Shermeta said the introduction of both a blended economics and government class was intended to allow students to experience the freedom of college before being fully immersed in the environment.

“We want our students to have some experience with that kind of autonomy as they head off to college campuses,” Shermeta said. “[College] requires a different kind of work ethic, and if they’re not practiced in it by the time they set foot on a campus, it’s going to be a steep learning curve.”

In approaching this unique class structure, Shermeta said he and his colleagues looked for ways to continue the mission of the course by giving students a voice in how they show they’ve learned. The teachers came up with multiple ideas for projects, including a podcast assignment.

With each unit, students are required to make some type of product — whether it be a poster board, slideshow presentation or podcast — to demonstrate they are able to not only recite but fully conceptualize the information.

“It’s about taking [topics] and trying to make them relevant,” Shermeta said. “[Students] are taking the information and putting their voice to it to make something new.

“They’re not just reciting back the standards like we would do in a traditional class where you study for a test, you take the test and then, in order to perform well on the test, what you’re doing is reciting back the content that I’ve given you.”

Shermeta received a grant of $450 from the Community Foundation of Muncie and Delaware County Inc. to purchase a set of 20 “professional-style” microphones that plug into the Chromebooks each MCHS student has.

Students then use a software called Anchor to edit and publish their podcasts.

Because of the money he received, and the opportunities he saw for enhanced learning, Shermeta incentivised taking the “risk” of creating a podcast with a few bonus points.

“When you take a test it’s really private — if you fail a test [the student and teacher] know that, and there is safety in that privacy, but if [a student] fails in a podcast, it’s public, so it’s intimidating, and I understand that,” Shermeta said.

While he was apprehensive at first, Lloyd said he is glad he decided to step out of his comfort zone and create a podcast.

Lloyd’s first episode of “Econ for Dummies by a Dummy” was created for the class’ first project, and since then, he has decided to continue the series for each unit.

“His creative extension of it is making it relevant to an audience of novices,” Shermeta said. “He really is doing a good job of distilling it down to something that is very accessible and not academic. It’s not textbooky, it’s engaging.”

Whether he’s sitting in the library, at his kitchen table or on his bed, Lloyd always begins his podcast the same way: “Hello, and good morning ladies and gentlemen.”

He said he has been surprised not only by how closely economics relates to everyday life, but also the response he has gotten from classmates and family members.

“I was like ‘Oh man, here we go. The guys are going to be joking around like, ‘Oh, you’re making podcasts?’’ But the next couple of days at school, kids that I didn’t really know and friends were like, ‘Dude, that was really cool!’ and like ‘That was really awesome,’” Lloyd said.

Beyond his parents, who have now pushed him to pursue podcasts further, Lloyd said he probably doesn’t have many listeners. Shermeta, however, said he knows people are taking notice of Lloyd’s work.

Not only have other teachers listened to Lloyd’s podcast, but Shermeta said he also shared his first episode with the Community Foundation as a way to thank them and show them the work that students like Lloyd were able to do because of the committee’s generosity.

Overall, Lloyd said the podcast has helped him gain a better understanding and appreciation for economics. Shermeta credited this to the stakes of making the project public, as well as a worksheet called “the blue sheet,” a worksheet designed to guide students in creating their projects.

“The blue sheets were carefully and thoughtfully arrived at and ... they’re hopefully different than just a normal worksheet of questions,” Shermeta said. “They’re not intended to be questions that can be simply Googled, and then the answer is the first thing that pops up. They’re the kinds of questions that were thoughtfully arrived at, that require thoughtful answers that can’t be answered without authentic student voice.”

Shermeta said he sometimes doubts he is doing enough to guide his students because he is not using the “traditional method of teaching,” but the success of students like Lloyd has “fully convinced” him that students are learning “in a more lasting way.”

He added that it has been exciting to see students genuinely proud of themselves after finishing a podcast.

“That’s a teaching win for me,” Shermeta said. “That’s the kind of thing that defines a semester for a teacher.”

With this being the first year for blended classes and podcasts, Shermeta said he hopes to “encourage dialogue within our building about different ways to highlight the talents and abilities” of Muncie Central’s “tremendous students who do tremendous work.”

“We have a lot of faith and a lot of confidence in what we do in this building,” Shermeta said. “This isn’t an honors class, this isn’t an AP class — this is a student that will be on Ball State’s campus next year, a campus that wants students who are doers and are creators and, [students are] getting that experience that’s getting [them] ready for that.

“We have a lot of pride in our brand, and I’m hopeful that it’s a part of the reframe that is currently ongoing for Muncie schools. It’s a way for people to reconsider what happens here.” 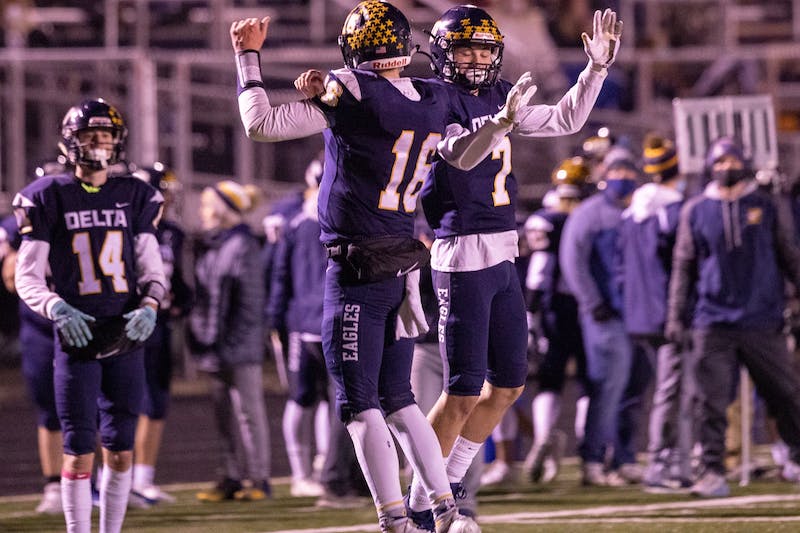 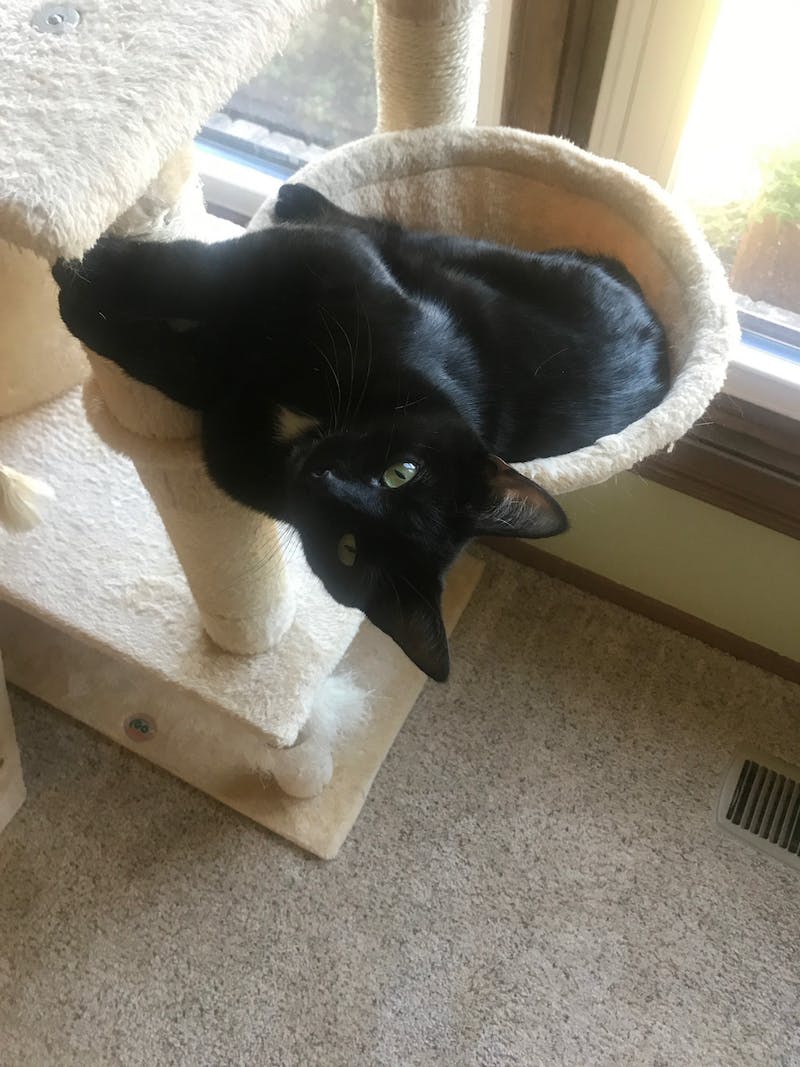 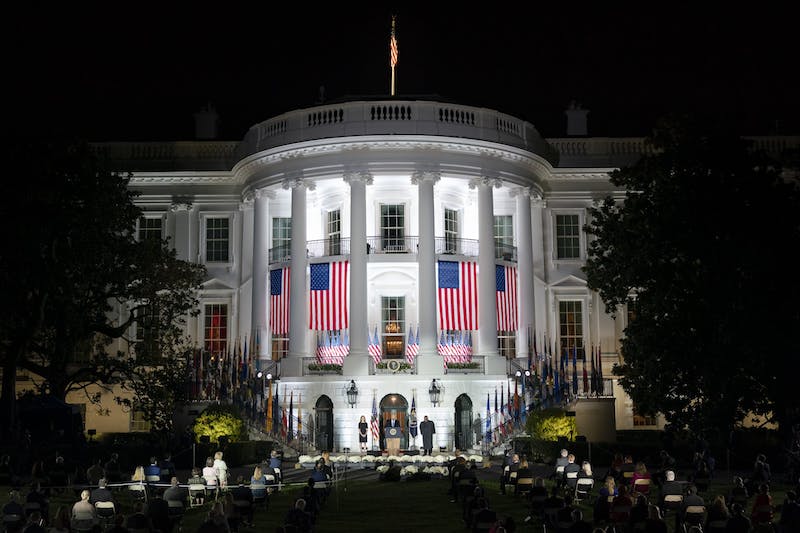