CAIT'S CORNER: Do not apologize for your beliefs

Caitlen Ramey is a freshman journalism major and writes "Cait's Corner" for the Daily News. Her views do not necessarily agree with those of the newspaper. Write to Caitlen at cnramey@bsu.edu.

Tuesday, Nov. 8, 2016: A date that would be forever engraved into my mind; 19 years on the planet and it was time for my voice to be heard, it was my first election.

As a child, it was quite easy to be confused by politics and frankly, I still am. It seemed ludicrous, uneducated and a waste of time.

As a child, I could care less about the nightly news that was screened across my television every evening. It seemed to be the opposite of what I was taught in school about previous presidents. It’s oppressed with lies, anger, backstabbing and what appeared to resemble middle school drama during debates; these words, actions and behaviors shouldn’t be applied to the people that keep our flag flying high.

I am grateful to be an American citizen and I appreciate the diversity that comes along with it, America is so different and in the best way possible. I’m a conservative but I’m not close-minded. I believe that equality should exist but that is not what politics is all about.

As a teenager and as I grew closer to my first election, I began exploring my political stances. It was easy to get caught up in what was in the headlines: police brutality, mass shootings, gender inequality, race riots and much more. These were the big stories, they happened, and it wasn’t good, each day was a new tragedy. From debates of gun control, gender equality and the continuous protests of racism that should have ended in the 1970s; it was a lot to grasp and I couldn’t begin to form my own opinion. I searched for my stance.

The beauty that lies within this country is the ability to speak freely on our beliefs, opinions and overall values. I will listen to what others have to say, I will nod my head and smile. However, I will never apologize for who I am and what I believe because if I asked you to do that, then it’d be World War III.

I respect the differences in opinions that the American people carry, I find it refreshing to hear what others have to say and it has opened new doors for me. Before I matured, I thought politics were black and white, you picked a side, you were liberal or conservative. The media has perceived conservatives and liberals, each with positive and negative implications. But that is not it because it is a constant search for answers, there are no single solutions to the multitude of problems that exist in society.

I’m a conservative but I’m not 100 percent with Trump. I voted for him, but that doesn’t mean I agree wholeheartedly with everything he is doing. Take away the man’s Twitter rants and build a wall around his ego, but give him a chance; there is a reason that a president is in office for four years.

My generation grew up with highly controversial presidents: Clinton, Bush and Obama; there was good and bad with all of them. Debates soared and all were disputed for being “too right” or “too left.” Not everyone will be happy, but they’re just trying to do what they believe is best for the grand ole’ U.S. of A.

We are not enemies and if you chose to protest in response to the presidential election, then that was your choice. You have every constitutional right to be doing it and it would be highly hypocritical of me to stop you if I could. I cannot shut you up, halt your marches or tear your posters because you have the right to do so as indicated in the United States Constitution. Recall 2008, a Democratic president was elected into office and Republicans were far from innocent; there was name calling, protesting and rallies. But the country survived eight years with a Democrat sitting in the Oval Office and now it will survive with a Republican in that same chair.

Protesters, supporters, women, men, Christians, Atheists and a multitude of races could be found at rallies for Hilary Clinton and Donald Trump, but the universal term would be Americans. People used all the air in their lungs to show support for their candidate, children cried to see someone that they looked up to, teenagers standing in line for hours to catch a glimpse of the potential president and people fired up for their alliance with their candidate. Neither party is the enemy and despite seeing the world through two different sets of eyes, we have no right to point at the other and yell “you’re wrong.”

Do not apologize for your beliefs: Liberal or Conservative. Remain steadfast in your views, listen to others and begin unifying the United States population. You cannot tell someone they are wrong until you can understand where their views lie, their experiences that shaped them and understand who they are; everyone has a story. I am proud to be who I am and expression of my views will not be apologized for, please refer to the First Amendment otherwise. 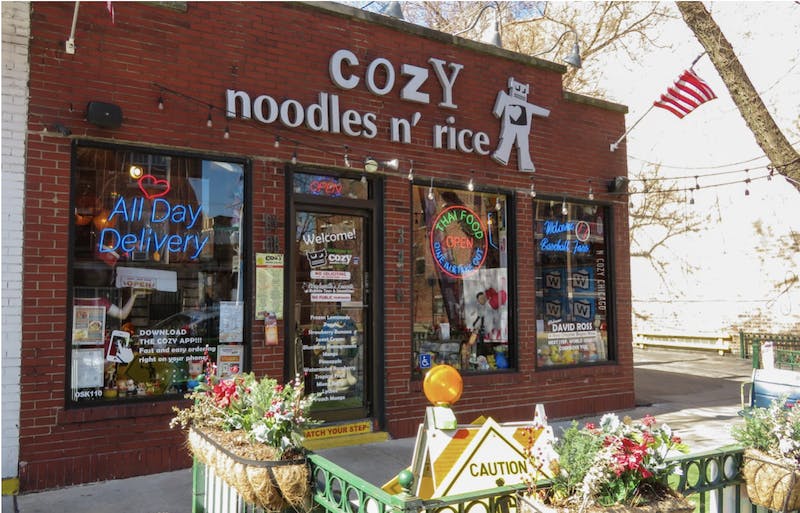