Muncie police arrested two teens after responding to a crashed vehicle outside the L. A. Pittenger Student Center on Sunday. 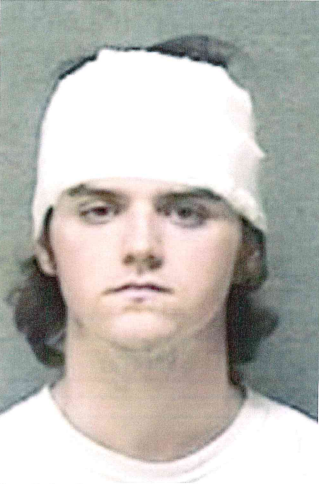 When police arrived on the scene, they found a black Toyota Camry crashed into a tree in the median of the street. Kelly Huff, 18, originally told police that she was driving with Zachary Myers, 19, at the time of the crash, according to the report.

Witnesses later told police it was actually Myers who was driving the vehicle when it swerved onto the median and crashed.

Myers later admitted to driving and Huff said she lied to to keep Myers "out of trouble," according to the report.

Myers received a head laceration during the crash and Huff complained of pain. Both were taken to IU Health Ball Memorial Hospital for their injuries.

Myers blew a BAC of .104 and told police that he thought someone had put drugs in his drink.

Myers was taken to the Delaware County Jail and has been charged with operating a vehicle while intoxicated and illegal consumption of alcohol. Huff was cited for false informing and possession of paraphernalia.

SMEDLEY: While I've never given the NHL a try, maybe it's about time I should

Music for All Summer Symposium 2022 at Ball State

Cardinals fall to the Chippewas, winner take all MAC Championship Game set for May 29