Ignite, OPTiC face off in last debate before voting begins

IGNITE and OPTiC speak at the All Slate Debate on Feb. 20 in John J. Pruis Hall. These are the slates running for 2017-18 SGA executive board. Terence K. Lightning Jr. // DN 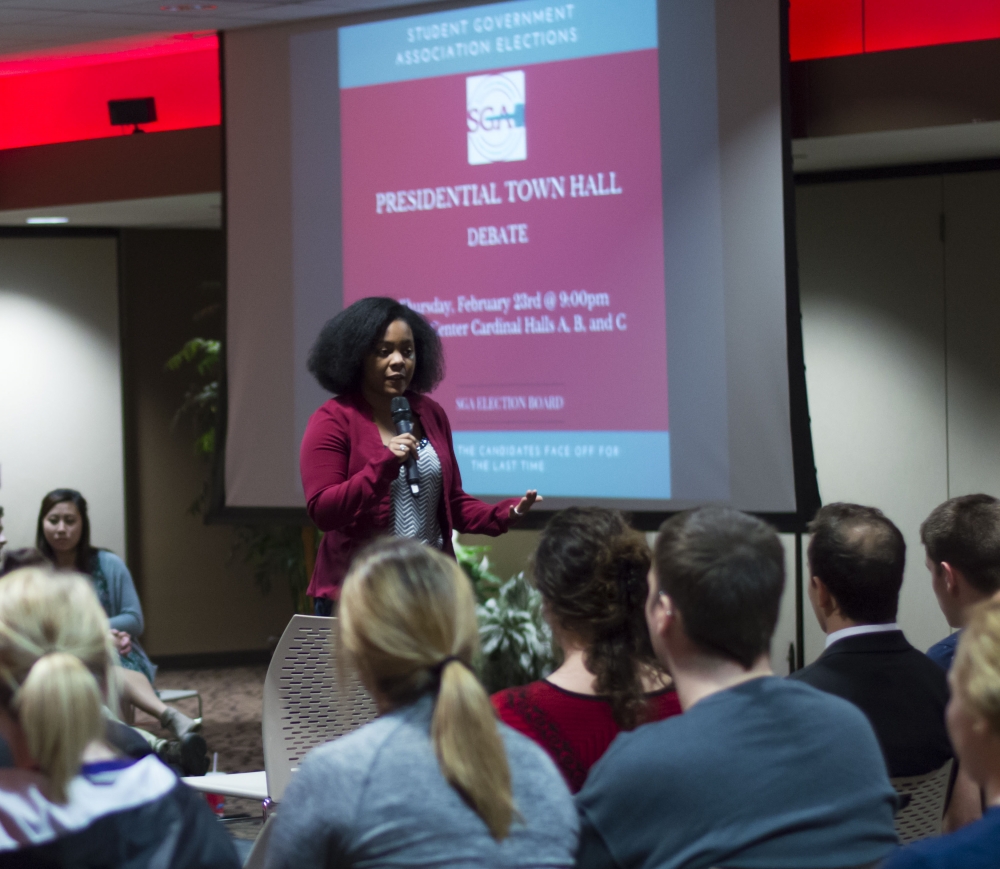 Questions were submitted by students and ranged from transgender rights to community involvement.

Voting for the next SGA slate will open at 8 a.m. Monday and will close at 5 p.m. Tuesday.

Voting for the next SGA slate will open at 8 a.m. Monday and will close at 5 p.m. Tuesday.

Candidates were asked how they can improve transgender rights on campus.

Lloyd mentioned her work on the Council of Diversity and Inclusion and said she wants to be an “open ear.”

Carbó referred to his experience as president of the Knotts/Edwards hall in Lafollette Complex and said he thinks listening to people and being an ally to transgender students is crucial.

Carbó said they would have representatives go to events and would email organizations on Benny Link to set up meetings and discuss their relationships.

Lloyd said she wants to have SGA representatives attend organization events while also helping to promote those organizations' events.

Naming Three Board of Trustees Members

One student asked for both Carbó and Lloyd to name three members on Ball State's Board of Trustees.

Lloyd attempted, but was unable to name any.

Carbó named student representative Dustin Meeks, but was unable to name any other members. 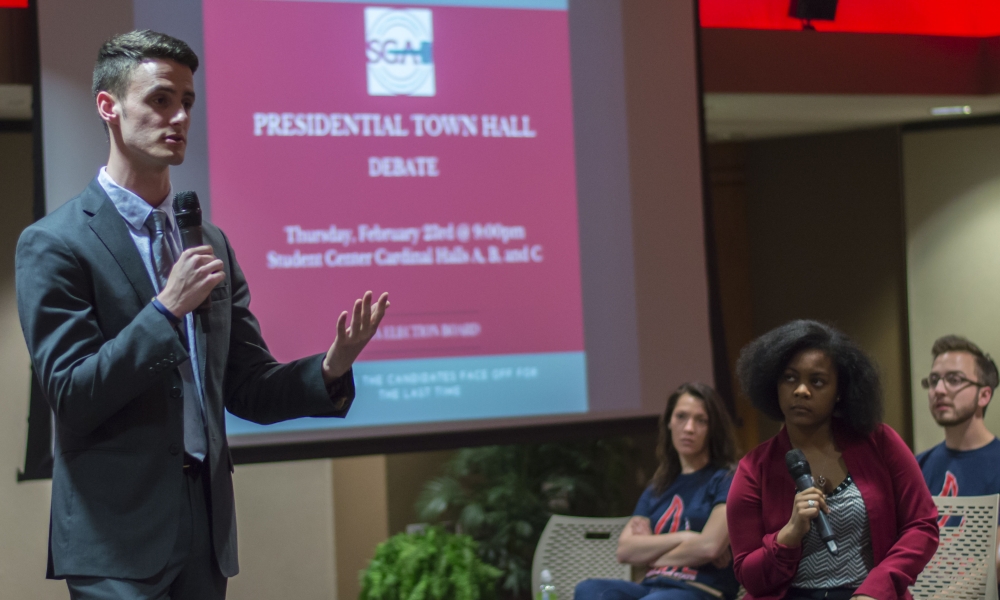 Candidates were pressed about Indiana SB 423, which would disallow sanctuary campuses and force universities to release the immigration status of its students.

Lloyd said she had spoken with current SGA president James Wells, and added that the No. 1 goal is to make sure students feel safe.

Carbó said he's worked with Republican Gov. Eric Holcomb and has the ability to directly contact him if the bill would pass.

“When it comes down to it, we need to use resources to make that everyone feel included and start that communication dialogue,” Carbó said.

Wells asked the candidates if they felt that the Office of the SGA President has been "disrespected more than any other time in SGA’s history."

Carbó said he thinks being president is a full-time job and he wants to maintain relationships with senators and communicate.

Lloyd said she couldn’t say whether the office has been disrespected but said conflict resolution needs to happen and communication needs to improve.

Diversity on Campus/Handling Question on Campus

Lloyd said she has come across diversity issues "a lot" and she wants to listen and try to understand other people’s struggles.

“You have to be able to empathize with students,” Lloyd said.

Carbó grew up in Atlanta and said he was often the minority. He said he wants to build on what the university already has in place.

“For the most part, understanding people and being able to connect with them comes down to a personal level,” Carbó said.

Ignite left a spot open in their platform for students on the campus to choose one more point.

The slate decided to partner with ROTC and create a cabinet position to bridge the gap between military students and the rest of the campus.

“They are serving us so we should be able to serve them,” Lloyd said.

Visit the Farmers Market at Minnetrista!