However, the exact time and date the vandalism occurred not known. Police have no suspects at this time.

10 percent of each purchase will be donated

Texas Roadhouse has extended the event in light of the vandalism. 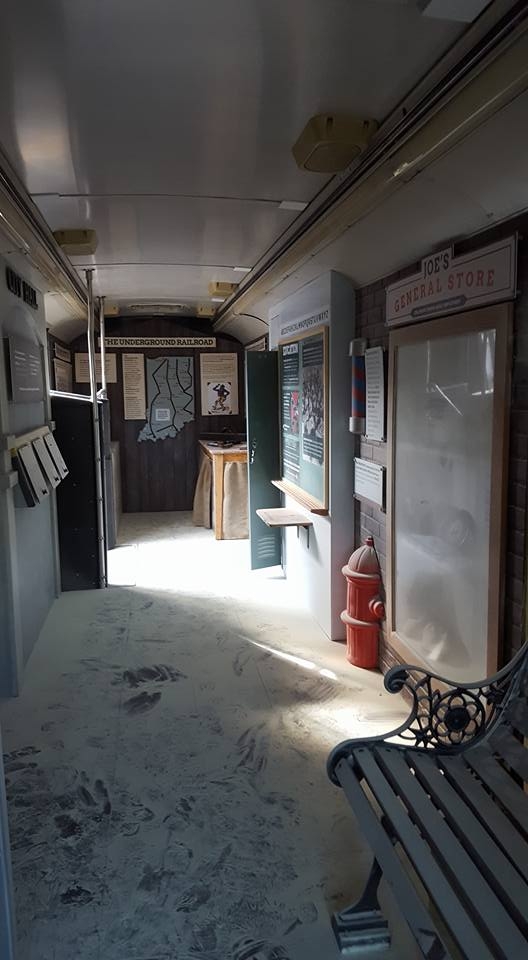 The Freedom Bus, a mobile exhibit that brings civil right history to children and communities across Indiana, has been in the works for 12 years. It just started touring the state in April 2016.

The bus had been left unlocked at the Muncie Street Department at the time of the incident because mechanics were conducting maintenance, Messner said. She discovered the vandalism the morning of Nov. 11 as she was preparing the bus for an event that morning.

It’s one thing if someone disagrees with the Freedom Bus’ message and wants to have a conversation about it, Messner said. But it’s another thing completely when someone decides to damage property.

The damage took an entire day to clean up, with the help of many extra hands from the community who volunteered, Messer said.

“It’s really something at the heart of our organization’s mission and has required a lot of dedication and effort from hundreds of people to make this happen,” Messner said. “To have the bus vandalized in that way is something that’s personal.”

This act of vandalism may be one of 201 incidents of election-related harassment and intimidation that occurred across the country during election week, according to the Southern Poverty Law Center.

The increase in the amount of hate crimes this week appears to be even worse than what took place after the 9/11 terrorist attacks, according to USA Today reporting.

"Someone may not have acted out this way if the political atmosphere and public dialogue wasn't so emotionally charged," Messner said. "It's providing a license for people to act this way ... I think that climate has perhaps encouraged somebody to express something they may not have before."

With the support they've been getting from the Muncie community, Messner said she'd like to think the vandalism doesn't represent the city as a whole. It may be how some feel, but the community has always been supportive of the Freedom Bus project over the past 12 years, she said.

But there's a lot of pain on both sides of the election results, Messner said, and that pain may not be being expressed in the best ways.

"One of the most important things that needs to change, is that we need to listen to one another," Messner said. "Some people understand how to express that pain in ways that promote dialogue and understanding ... and I think other people may not have tools to express the pain in that way."

If everyone was able to listen to be committed to understanding, the dialogue would be more productive, Messner said. And that goes for both ends of the political spectrum.

Although the vandalism was hurtful, Messner said she's incredibly grateful for all the support they've gotten from the community. She said she's been receiving messages from all over, with people expressing their dismay and offering support for the project.

But this isn't stopping the project, she said.

The bus is going out Nov. 15 for an event with an after-school program, and it will keep rolling forward.

By Jack Williams and Hunter Skillman

When Cardinals needed a spark most, Coleman and Bumbalough delivered