By Miller Kern
Samantha Brammer and Samantha Brammer
The White Rabbit Books has been in the village for 26 years and is run and owned by Derek Edwards. 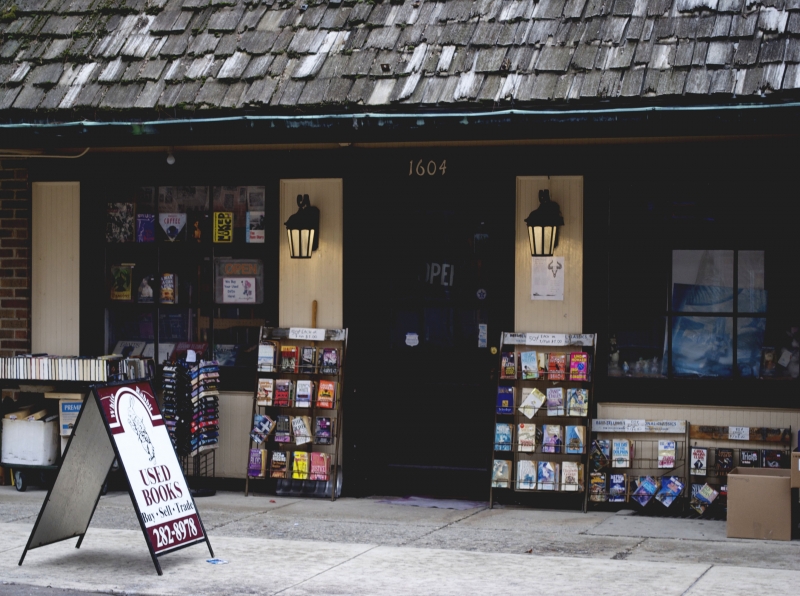 The White Rabbit Books has been in the village for 26 years and is run and owned by Derek Edwards. DN PHOTO BY Samantha Brammer

The spiral-staircase wonderland, White Rabbit Books has been a Village favorite for 26 years, but as is fitting for a fairy tale-like exterior, it began as just a fantasy for owner Derek Edwards.

He started White Rabbit Books when he was just 17 years old, selling books at the White River Flea Market.

The building was originally a home.

The spiral staircase, what Edwards calls "a crowd favorite" was installed in the 1950s.

“I come from a family of readers,” Edwards said. “So I always grew up around books and it just seemed like the natural thing to do,” he said.

Eventually, Edwards moved his business to a building on Martin Luther King Jr. Boulevard, but he always kept an eye open for 1604 West University Ave.

“I always liked the building,” he said. “It just has a real cool look to it.”

Once it became available, he swooped in to snag it.

When first starting out, Edwards only used the first floor and the balcony of the building to display product. He used the back area for storage.

“Now it’s overflowing to where I don’t have shelf space,” Edwards said.

Books pour out of shelves and even spill onto the Village sidewalks. Little knick-knacks and trinkets hang from the ceiling like droplets.

Edwards is the only official employee of White Rabbit Books. Occasionally he receives help from relatives when he is unable to be in the shop or needs a hand.

“I think we are very unique even amongst used bookstores,” Edwards said. “We tend to try to cater specifically toward the Ball State crowd, but yet have stuff of interest to people who aren’t connected to Ball State.”

One White Rabbit Books patron is Brandon Shawver, an employee at The Cup. Shawver sees Edwards come into The Cup almost every day.

“I’ve been going there for years,” Shawver said. “It’s my kind of place; it’s very homey.”

Edwards carries an array of comic books, pop culture material, old toys and more. While store customers sell some of the inventory to him, Edwards gets a lot of his material from rummage sales, estate sales, library sales or wherever he can find something interesting.

“A lot of it is just instinct, what I think might be something that people will be interested in,” Edwards said.

He intends to stay in the Village until “the building falls down around [him].” 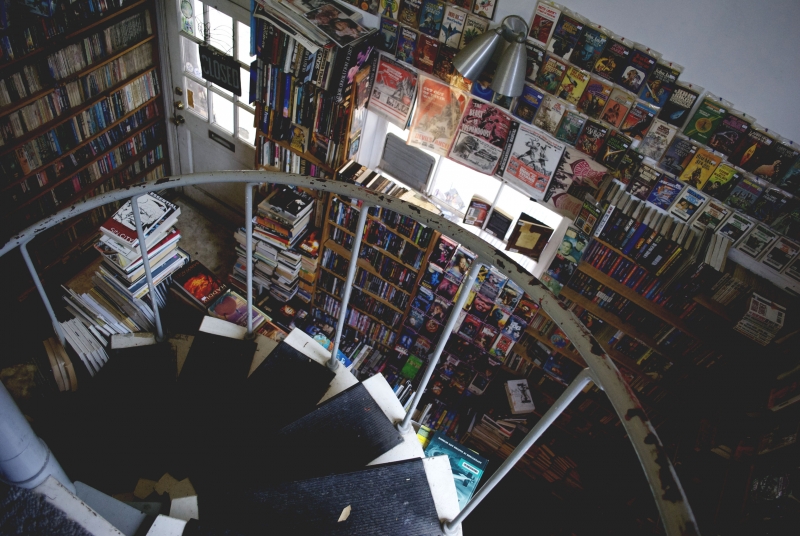 The White Rabbit Books has been in the village for 26 years and is run and owned by Derek Edwards. DN PHOTO BY Samantha Brammer

By Rohith Rao and Jake Merkel